Using the CS14 as a voltage divider, we can obtain 16 non-overlapping voltage values at each one of the 16 detents located evenly spread along the full circumference with a separation of 22.5º between each contiguous detent. See figure 1. 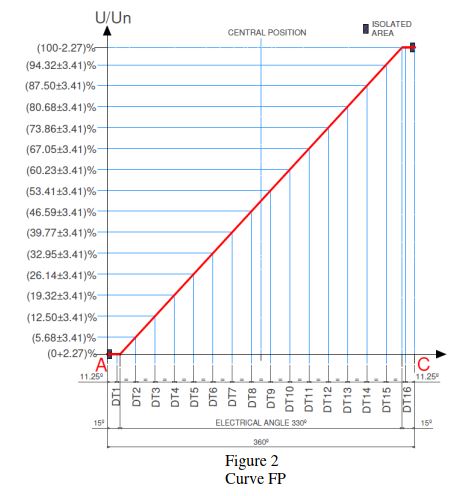 The graph of the linear curve that provides this performance is in the figure 2. We call it the curve FP and it makes possible to differentiate 16 non-overlapping different voltage levels from the collector output pin. (B in figure 1).

The function of the detents is to position and fix the wiper contact on the surface of the linear taper. An electrical control of each one of the 16 detents of each individual potentiometer during the assembly process ensures that the voltage levels are correct in each one of them.

The endless rotation feature of the CS14 allows to move from the detent number 16 (U/Un =100%) to the detent number 1 (U/Un =0%). During the transition between these two detents, the wiper will slide on a dead zone for a few degrees, meaning that at that moment there will be no electrical contact with the resistive track.

In order to cope with this we recommend either to introduce a pull-up or pull-down resistor into the circuit design. ACP proposes the latter, a pull-down resistor whose value has to be at least 100 times the potentiometer nominal value. In that case, the collector pin output will be 0% (U/Un) when the slider transits on the dead zone.

ACP standard configuration is a potentiometer of 10K Ohm and a recommended pull-down resistor equal or greater than 1MΩ. (Figure 3) The mechanical life is 15.000 turns. 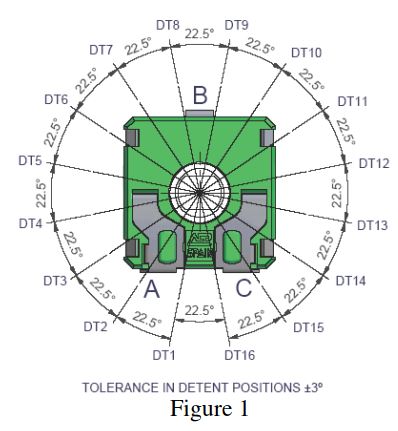 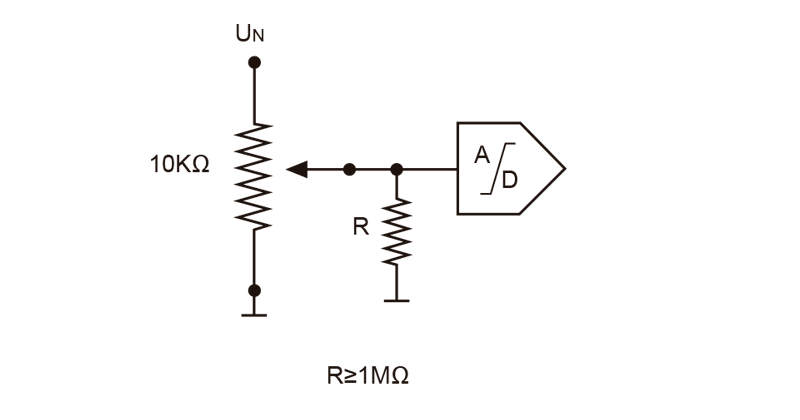 Connecting the collector terminal to the AD port of a microcontroller to feed into it the output voltage of such a configuration will allow for the selection of 16 different functions.

The table below (figure 4) shows the equivalence between the output function of this potentiometer, indicating the tolerance at each detent, and a 4-bit digital encoder signal.

An example of How to Order would be CS14NV15-10KFP3030 LV15 16DT RSN. Note that it is not necessary to indicate the linearity, as it is already implicit in the curve FP. 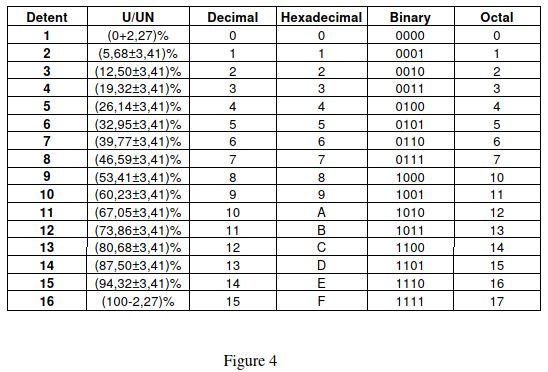